In the late 1980s me and my partner at the time had to look after an apartment for my dear friend Sibel Voss which included 2 burmese cats. I was very excited and got to learn about this cat with this strong personality and intelligence. I was amazed it could even open doors. Sibel came home from years abroad and Sibel got her apartment back with the burmese cats. Now some 20 years later I had the opportunity to get an apartment where having cats are allowed. I immediately knew I had to get my own burmese cats. I knew it had to be a brown female Burmese like the ones Sibel had. I looked through webpages and it was actually a bit difficult to find a kitten. I finally found a brown female kitten and I got her about a month later. I named her Paris. She was a wonderful kitten and cat. Sadly she died of cancer at the age of 18 months. It was a huge loss for me. I was very determined to get a new brown female. Miss Dali came as a kitten to my home and I immediately fell in love. A former colleague of mine, Lasse Mortensen ( big Persian pedigree breeder(alomi.com) and former FIFe judge) and I had a talk about cats in general and being a breeder. Lasse decided to put me in contact with one of Denmark’s finest European burmese breeders. We immediately made a close connection and we had many long long talks about the burmese cat and being a breeder. In the summer 2013 I got my first European burmese breeding cat. A blue tortie burmese – Fascination – though I call her Blå, which is Blue in Danish. She is a fantastic European burmese with a great temper and very attached to me. She is socialholic and loves to be the center of attention. And so she is! She has been titled Champion & has given me nice litters and a new burmese breeding cats GIC Bridau’s Adelaide.

GIC Bridau’s Adelaide has attended many shows and is titled Grand International Champion. She is 2nd best 2015/16 and number 1/the best 2016/17 of all fertile female burmese cats in Denmark and she was prized as Topcat no 9 in 2016 at my Felis Danica’s pedigree cat club Darak. She has also been prized with several Best in Show and since Adelaide is from my first litter it was a very emotional and a special experience for me to receive Best in Show with Adelaide. She has produced her first litter with lovely 4 kittens. From this litter I have a new addition to my breeding programme; a very promising chocolate girl International Champion Bridau’s Copenhagen.

Bridau’s European Burmese cattery has imported a lovely brown boy Supreme Champion Merlin Burmese King. He has attended many shows and won several best in show and best in variety; he is also Topcat junior no 5 in 2016 and 5th Best allbreed fertile cats 2017 at my Felis Danica pedigree cat club Darak. He is 3rd Best Burmese and number 1/Best kitten/junior in 2016/17 and 3rd Best Burmese in 2017/18 in Denmark.  I am so proud of this lovely boy. He is achieved the highest title as Supreme Champion in 2018 at the age of 2 ½ years.

Another new boy has joined Bridau’s Burmese cattery. Edox Eliotte de Petite Pelote aka Eliotte is a stunning blue boy with a lovely show temper. Eliotte has won several Best in Show and Best in Variety. He is the Best allbreed fertile cat 2017 in my pedigree Club Darak. He is 5th best of all male cat breeds in Denmark 2017. He is 5th best adult burmese in Sweden 2017. He is 2nd best fertile male burmese in Denmark 2016/17. When both are adult enough they will mate my girls. Future is bright!

Then it suddenly happens to your own bred burmese cats. The burmese cats that you have had in your hands when they were born, you saw them take their first breath, you were the first human being they saw when they opened their eyes and you saw them grow into fine burmese cats that stays in your heart! Then you take them to show and hope they have show temper and will show their best qualities. I have had the privileges to have burmese cats that do well on the show in Denmark and abroad. I am fortunate to have won Best in Varietee, Best in Show and Best of Best. Each time it is an emotional rollercoaster. Either with the burmese cats you bred yourself or your imports. I am a proud breeder of a BOB1 burmese cat!

Here in September 2018 the status of my show results since my show career started in 2015 is: 52 nominations for Best in Show, Best in Varietée won 6 times, Best in Show won 12 times and Best of Best 1-5 won 6 times. On top of these results comes the titles achieved as best club cats and FIFe titles. It’s hard work and a lot of fun!

I have taken Felis Danica Diploma Breeder programme and I have successfully passed the exams. The education is divided in to 4 modules:

Module 2: Being a breeder

I am also a FIFe Burmese Breed Council member since 1 January 2017, member of Felis Danica Mentor Council since February 2016.

Being a responsible burmese breeder can be hard work. As a breeder you have set dedicated goals to improve the burmese breed. You have to test for genetic diseases and disorders and try to reduce them through thorough selection. Cat breeders are great enthusiasts who care dearly for their cats. I am such a breeder! Welcome inside my universe! 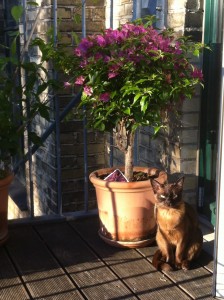 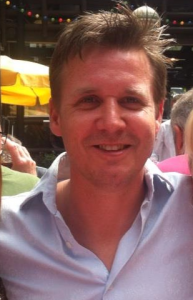 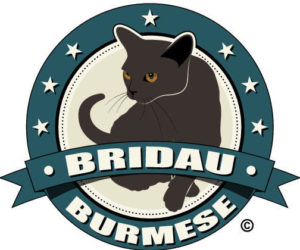 2 thoughts on “My story”